U6: We were all winners this morning with St Pats!! We had an excellent turnout of boys & girls for our last morning this season. There were fun games, tug of war & plenty of laughs! Children were rewarded for their efforts with certificates & Halloween treats. As a group of coaches of under 6s, we are delighted that the boys & girls are regularly attending our sessions & enjoying making friends & moving well! It’s lovely to see the kids staying healthy & active & we hope this foundation will help them for their future sporting participation! I would like to say a big thank you to the willing parents who step in every week to help with sessions, tidy up & catering.. it makes our job so much easier that we don’t even have to ask for help!! Thanks for your generosity in your contributions of goodies, baking, biscuits etc! We will have a break for the winter & restart approx mid-January for our indoor season. There will be a Christmas party coming up on a Friday evening to be confirmed in Blennerville national school.. this will be for under 6 & under 8 age groups & siblings.. watch this space! Any new parents who are not yet receiving our text messages please contact Sean Daly on (089) 434 0037 to be added to the texting database for these updates. Keep up the activity over the winter.. Costellos will be back to the junior park run on Sunday mornings if anyone wants to join us!! Gooooo St Pats!!!!
U8: Last Sunday, we had our last training session of the 2019 season which took place in glorious sunshine on our pitch. We had another huge attendance with over 30 boys and girls. We started with a few fun games and then followed with two 8 a side games, giving all the boys and girls an opportunity to showcase the skills they have learned and honed throughout the season. After the session, the boys and girls were presented with their certificates and given some refreshments. We have had a very busy season starting on January 20th in Cumann Iosaef and we trained every Sunday with the exception of a short two week break in the summer. We participated in the four St Brendan’s Board Go Games Blitz during the summer which was a great experience for the boys and girls. We also hosted Listry (as part of our family fun day) and Moyvane throughout the year and travelled into Na Gaeil for some games as well as participating in the John Mitchels tournament recently. A special word of thanks must go to fellow under 8 coaches John McMillian, Michael Higgins, Roger Price and John Colivet for giving up so much of their time during the year to assist with the coaching of the team. Finally, the biggest thanks goes to all the mums and dads for bringing their sons/daughters out on Sunday mornings in all kinds of weather. The parents of all the academy teams this year were extremely helpful; offering a helping hand in any way they could. Whether it was looking after the teas/coffees/juices/refreshments after every session, bringing cakes/buns/sandwiches/goodies for any special events throughout the season, for taking photos of the teams in action, helping set up pitches for blitzes, referring games and a whole lot more. It is your endeavours this season that made it a good one for the Under 8 boys and girls. We will enjoy the break for the next few weeks but I would encourage all parents to try and get out and kick the ball with your sons/daughters as often as you can.
The Tralee Junior Parkrun also takes place every Sunday morning at 9:20am in the town park. It’s a short 2k run around the town park for boys and girls and is a great fun event so I would encourage you all to bring your son or daughter to it during the off season.
We will be scheduling the Juvenile AGM in the coming weeks so I will keep you posted on this once it’s finalised.

U10: “There are no shortcuts to building a team each season. You build the foundation brick by brick.” (Bill Belichick)
And so the final whistle sounded on the 2019 Academy season for our Under-10’s at the session last Sunday. With a well-attended session and a lovely morning for football it was a fitting way to end our season that began last January with the first of our indoor sessions in Cumann Iosaef. Since then we have enjoyed our Sunday morning coaching and practice sessions on our pitch, participated in Go-game blitzes in Churchill, Ardfert, the Kerry GAA Blitz and the John Mitchells Blitz. We also hosted games at home with Listry and Tarbert under-10 teams. We were especially delighted to be asked to and were able to participate in the Eoin Griffin Memorial Tournament hosted by the Beale Club in August.
Coaches Seán, Conor and John say well done to all our young players for their commitment and enthusiasm. To their parents we send our thanks for getting the players to the Sunday sessions and to the various other activities, please continue with your encouragement of these players.
The final act on Sunday was to present all the players with certificates to acknowledge their participation and progress during the year.
Hopefully we have added another foundation brick to the future of teams in the Club and we look forward to seeing everyone back in training early in 2020.

Senior Football Championship
Congratulations to the St. Brendans Board senior team who fought hard to defeat Killarney Legion last Saturday in the quarter-finals of the County Senior Football Championship on a scoreline of 1-12 to 1-10. This victory now sees them through to play East Kerry in the semi-finals on Sunday, 27th October at 1.30pm in Fitzgerald stadium, Killarney. St Pats will be represented by Seamus Murphy (manager) as well as Brendan Poff (captain), David O’Callaghan, Brian Murphy, Paudie Bailey, Kieran O’Dwyer, Paul McMahon, Kieran Hurley, Tommy Lynch, Kevin O’Shea, Luke Mulligan and Jordan Conway. Your support for our divisional board team will be greatly appreciated.

Sympathy
The club would like to extend its sympathy to the family and friends of William O’Connor Clahane.

Dipo Dairo
PRO St Pats Blennerville GAA Club
086-8963505
mailto:pro.stpatricksblennerville.kerry@gaa.ie
This email and any associated attachments are confidential and intended solely for the use of the individual or entity to whom they are addressed. Any views or opinions presented are solely those of the author, and do not necessarily represent those of the Association. If you have received this email in error please notify the sender. Although the Association scans e-mail and attachments for viruses, it does not guarantee that either are virus-free and accepts no liability for any damage sustained as a result of viruses.
Tá an ríomhphost seo, chomh maith le ceangaltán ar bith a bhaineann leis, faoi rún agus baineann sé leis an duine nó leis an aonán a bhfuil an seoladh seo aige/aici, amháin. Baineann aon tuairim nó barúil a nochtar leis an údar amháin agus ní gá go mbeadh aon bhaint ag na tuairimí sin le tuairimí an Chumainn. Má fuair tú an ríomhphost seo trí bhotún, cuir an duine a chuir chugat é ar an eolas le do thoil. Cé go ndéanann an Cumann scanadh ar r-phoist agus ar cheangaltáin le haghaidh víreas, níl aon chinnteacht go bhfuil ceachtar acu saor ó víris. Ní ghlacann an Cumann le dliteanas ar bith i leith aon damáiste a eascraíonn as víris. 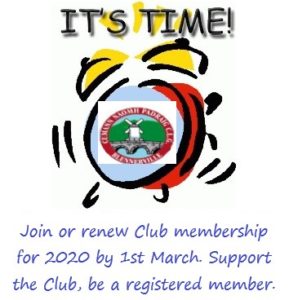